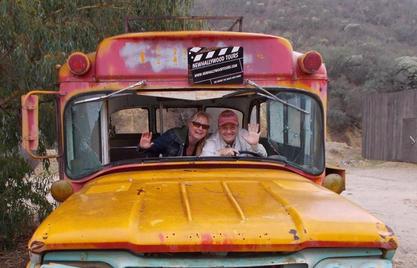 Anything for a weird life. 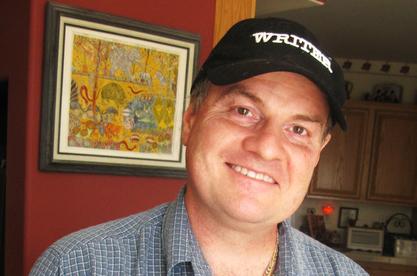 Hi, allow me to introduce myself. I'm E.J. Stephens, and I'm glad you stopped by!

I’m an unapologetic history geek, so I tend to write and talk about it a lot. I’m into all kinds of history, whether it be World, U.S., Hollywood, Civil War, Space, Rock ‘n’ Roll … you name it. Quite often my tales take me to cemeteries, where the biographies end. I consider myself a taphophile, which is a lover of cemeteries. My latest book is all about Hollywood Forever Cemetery, which quite the cast of characters now call their permanent home.

I also consider myself a film buff (with a pile of unsold screenplays to prove it). I co-host a television series in Newhall, California, and write books on film and entertainment history (when I’m not busy fighting crime).

My wife, soulmate, and best friend, Kimi, and I are long-time Santa Clarita Valley residents and Hollywood history lovers. We've written ten books on film history and have spent nearly 50 years between us working for motion picture studios. In 2011, we formed our own tour company, Newhallywood Tours, and absolutely love taking our guests to the locations of where some of their favorite TV shows and movies were filmed. The photo above is our tour bus (ha, made ya look!)

Lastly, I am a huge fan of my family, as well as of the Beatles, basketball, and Boingo … plus lots more things that don’t begin with B. I have accomplished some cool things, like climbing Kilimanjaro, riding a recumbent bicycle across the United States, and backpacking through 40 countries – but we have plenty of time to talk about that later!